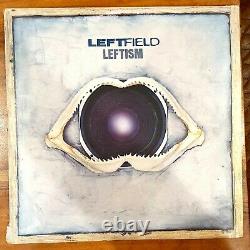 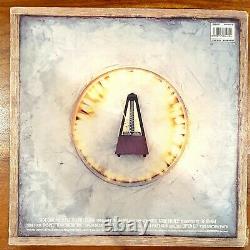 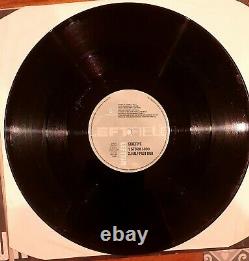 Small pencil mark on one of the labels. Still very sturdy with few spine splits and minor scuffing as seen in pics. Sleeve is still in vg condition. The album features the long version of Open Up. Recorded at Rollover Studios, London W10. Tri-fold sleeve, triple vinyl release with several unique tracks. Half Past Dub' only appears on this release in the Hard Hands catalog.

This track resurfaces later as'Lambsbread' on the Select Cuts label (CDandvinyl). Open Up', is an extended version on this pressing, it has an additional section that has never appeared anywhere else. Cut For Life' only appears elsewhere on the 2xCD re-issue. The item "Leftfield LEFTISM TRIPLE VINYL -HANDLP2T original Vg/vg" is in sale since Monday, November 15, 2021. This item is in the category "Music\Vinyl Records".